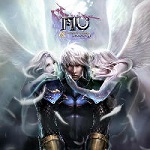 • 1. All kinds of preparations like potions, satans and etc. should be done before the DUEL. Buying angels, satans and etc. after the start leads to automatic defeat.
• 2. You should become PK, before the duel starts.
• 3.IT IS ABSOLUTELY FORBIDDEN TO "Switch character" DURING THE DUEL! It is forbidden to avoid changing stats.
• 4.It is forbidden to change sets, wings and stats during the duel.
• 5. On vip duel is allowed to have only 4 items with HP and Ref. Those 4 items include rings.
• 6. Moving during the duel is forbidden only for Muse Elf!
• 7.If your opponent disconnects you have to wait 5 minutes to come back and you replay the point. If he doesn't come back during those 5 minutes, he automatically lose the duel.
• 9. In this type of servers, duels are conducted as follows: After every kill, the duel stops and the count starts again!
• 10.You HP must not be higher than the one shown in HOF Rules!
• 11. Having shield on Blade knight is forbidden.
• 12. Teleport" is forbidden during the duel!
• 13. After 3 mistakes (RE), a point is automatically added to your opponent
• 14.You decide whether to play with COMBO and satans or not before the duel!

• 15. From now on, when you play VIP DUEL All items, you bet the items on your character not the ones from your vault!!

If there is anything unclear, PLEASE ASK!
[/size]
DevilMu and Social Networks