by AmaZeD
Hello - players, GM's and Admins of DevilMU!!
I wanna share my story with you, how i came back to old version of Mu-online, after ~13 years of playing in low exp and s3+ servers... And tell a little about my self!
About ME!
My name is Eugene (Евгений - in Russian)
I was born, and im living in Latvia all my life... My parents are Russian, they live in Latvia because it was in Soviet Union until 1991, so when the Soviet union broke, they were left here in Latvia, and then i was born in 1991. 10.november, just after the uniun broke.
I was learning good in school until i started to go to the computer salons

But, now it doesn't matter because i work as a freelance on my PC.. (translating text, English - Latvian - Russian)
I have a wife ("LiliT" in DevilMU server). Her name is Anastasia (Анастасия - in Russian) Shes 24!
I have a doughter. She's only 5 years old. Her name is Diana (Диана) She doesn't play MU yet! But, like's how Anastasia is dressed ^^

I have a hobby - i make music with my mouth

it is called BeatBox! Here is my video https://www.youtube.com/watch?v=UIHGZXOJn5o

viewtopic.php?f=18&t=5183 << Here you can find MUSIC Thread from DevilMU, i make Devil MU tracks from my mouth life lol

FIRST MU online expirience!
The journey of MU continent began when i was ~12-14 years old... I was in a computer salon and played counter strike 1.5... And then one guy sits next to me, and plays this game called MU-online... it was the first 97d version... i was Amazed by diferent thing you could do there... And the best part is, that it was ONLINE!!! He registered me, and the journey began!! It was a low 5x server, i played for couple of days, and then it was turning into a pain, because it was too slow to lvl up! After hitting ~100 level i quit playing it!


The FUN begins!
After a couple of weeks, in the salon I saw people were playing MU and it was realy easy to level u there! Then they told me about miRc! (For those who doesn't know what is miRc - it's like skype, but without calls, its a chatting program with chat rooms and channels). So they teached me how to find servers in miRc! And thats where the FUN started

After typing "muonline" in mIrc search box, i found many different EASY servers (99999xp).. Some servers had registrations threw admins, some had a website... The websites in those days were realy easy... No webshops, no markets... Only ingame expierience... The first servers didn't even had addstats on the web, and definitely no addstats ingame... u had to type /move "map" all the time to teleport, and download special clickers to add stats faster and not bust youre mouse

And the servers were lasting for like 1-2 month, and then you had to look for another server... That was a pain, when you had good charecter, connect to server and it was Disconnected...

So i learned everything very fast! I realy loved to levelup my char and dress it...


The AFK (low) servers!
When i was about 16 i started to play low xp servers because my parrent bought me a PC

(That was so awesome, but its another story

), but not extreme low... I played 100xp, played 1 server for 7 years... It was the best Latvian (it's where i am from) server! It had 500+ online, with 3 servers..1.02k version, and no bugs! I was in top 10 char list! The server didn't had max stats, no f.o., and no webshop.. every time after reset you had a cut of 2% of all stats! And it had an unique reset system! U needed to get random items to make reset.. On first 10 resets it was non exc 5 items per reset, then after 10 resets, u needed 5 exc items from 1kundum, after 20 resets - 5exc items from +2kundum.. and so on until +5 kundum... And every item had a random exc option!! and so on... So what that gives, is that people sold everything on web market, and every item you can sell, because some one would need it for reset! And if there isnt a item you need for reset, you can delete it by credits! So, on 80 reset, i had items like Huricane armor +2 options +11, and that was hard to get! I played there like crazy, went all night to the computer salon, there was a cool admin in the salon - if there was a free computer, my char was AFK lvling, and on other PC i played Counter-strike

That server lived for 12 years, without any wipes... now it is closed... Then i played many x100-x200 servers, season 3, and season 4... But norhing felt the same as that 1.02k server... (It was called muo.lv by the way, and was biggest server in Latvia) I didn't like those new charecters, seeds, and got tired of AFK all the time to lvl up! I was making brakes too, like for 2 years, then played again, then brake again... So after another brake, a found DevilMU, read about it, explored the forums, and i liked it... so i registered 9 days ago... And the unique Rena system, icarus2, events, stone, market, it is so coool, and the old 99 version, is a nostalgia feeling... So i felt in Love with this server

And now my wife is learning to play too.. It is her first server... (We have 2 PC's at home)
So HERE we are now

Thank you for a cool old school server with unique system

Hope u liked reading about me ))
By the way, i learned English from Cartoon Network and Mu online

Fell free to ask me some questions, or leave comments!
My Guild in DevilMU is IMIGRANT because i am like a Latvian imigrant on a Bulgarian server

This wil be edited in the future

by Katleya
Im so glad to hear your story, and that you choose DevilMu to play our favourite game.
Have a pleasant stay in the server!

Katleya wrote:Im so glad to hear your story, and that you choose DevilMu to play our favourite game.
Have a pleasant stay in the server!

by AmaZeD
I have some funny screenshots from my gameplay

RAW ELF with sword says GIVE ME 15 SOULs FREE 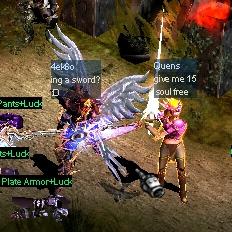 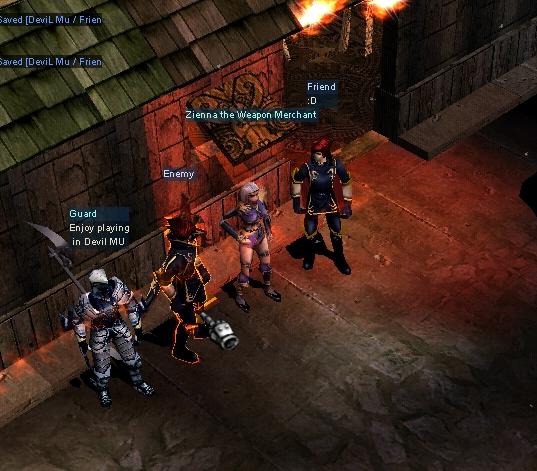 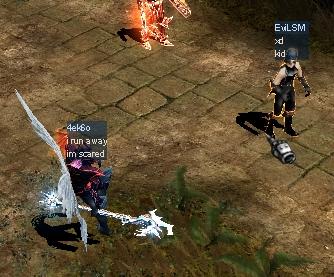 Tryed to burn, and smoke! Was good! 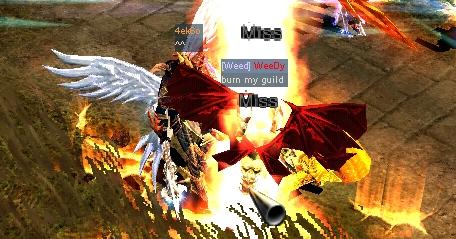 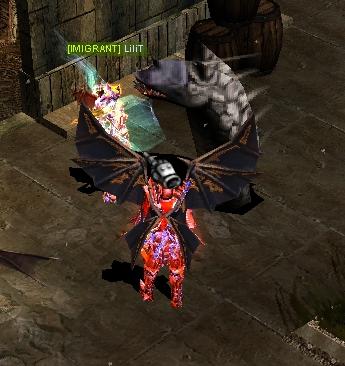 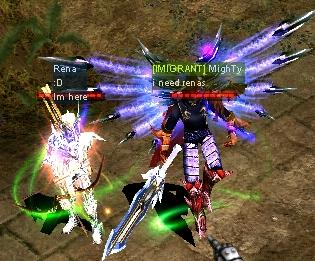 You made fun screens, my favourite definitely is that with your wife